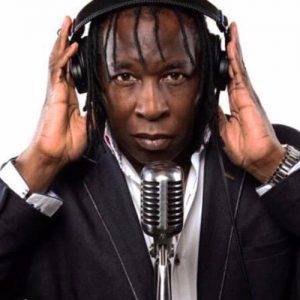 Music got a hold on me very early on in life. I was a wee six-year-old scamp when I got in trouble for writing my top five tracks on my bedroom wall, undeterred by getting ‘licks’ from my mum for doing so.

I remember my dad had a radiogram with a GARRAD ball-bearing driven turntable which meant you could spin the deck and half an hour later it would still be spinning! I LOVED that radiogram!!

I spent every penny I earned from morning and evening paper rounds on the latest tracks Emperor Roscoe played on Radio Luxembourg – and I couldn’t wait to play them on my dad’s system. The only problem was that the numbers 1 and 2 on the volume dial were broken and number three was very LOUD. More ‘licks’ followed!!

Eventually, like most of us with a passion for music, I bought anything I could get my hands on that was funky and soulful, and through a little bit of luck landed a slot DJing at a local pub in Blackburn called the King Edward.

It seemed the locals liked the music, and this led to a spell at The Jazz Bar in Preston, then the city’s major nightspot Squires came calling a few years later.

Spells at Preston’s number one RnB bar Browns and Truth followed, and I found myself working with Jazzie B, Tim Westwood and Chris Brown.

This in turn led to a massive break when I was signed up by Butlin’s. Now in my 12th year there, I share the stage with legends such as Alexander O’Neal, The Temptations, Kenny Thomas and Tavares, and have DJ’ed with Trevor Nelson and DJ Spooney.

Aside from Skegness and Minehead, my other holiday hotspot gig is Kavos in Corfu, where I DJ as part of the award-winning Summer Breeze team.

I’ve had minor stints on Magic 999 and Rock FM but this is my first major radio show with JFSR.co.uk, where I will showcase my knowledge of Soul, rare Groove & RnB. Expect interviews with retro Soul stars, bringing some of the true greats of the past to JFSR.co.uk.

Thirty-five years later that deck is still spinning and my top five tracks today – which I promise not to write on the studio wall – are:
5) Real Love – Drizabone
4) Heaven Must Be Missing An Angel – Tavares
3) Skin – E’Lisha La’Verne (Japanese Import)
2) Bring it on home – Sam Cooke
1) Shackles – Mary Mary