Ian Charles – Music Is The Answer 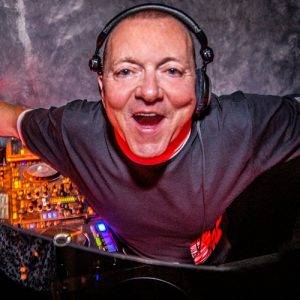 Hi, I’m Ian Charles and I present ‘’Music Is The Answer’’ each Sunday 4pm – 6pm. The show is all about Soul, Funk, Boogie and Soulful House with some great regular features including ‘’Turn It Up!’’ , ‘’the Seduction Suite’’ and ‘’New Skool Jams’’

I have been a DJ / Producer and Promoter for over 35 years. Throughout the 80s and 90s I spent much of my professional career travelling between the UK & Europe with some great residencies along the way.
These include a 5 year residency at Reflexions in Hitchin, during which time the club appeared in the Top 5 UK clubs in B&S Readers yearly Polls for 3 years. In 1993 I became a resident at the infamous Academy playing soulful house on 4 decks and 2 mixers with resident Phil Down and many of the great Soulful House DJs from that time. During the 90s I also held a 5 year residency at The Aquarium (London) alongside The Lounge (Northampton), Hush, Ministry of Sound and Motion. I continue to promote Gigs in the UK and abroad, including Summer Breeze. Music is and always will be my life

Hope you can join me from Sundays from 4pm.